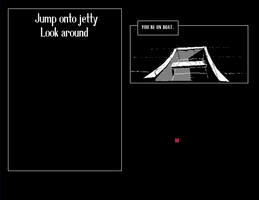 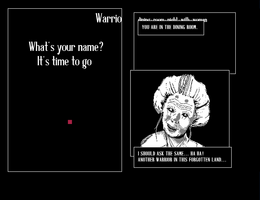 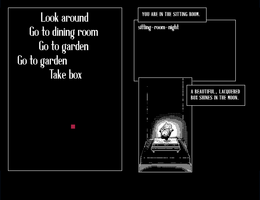 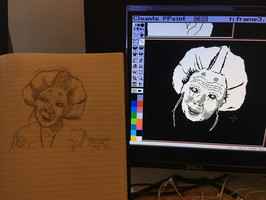 11 days ago, just before the Scream Catalogue Jam started (https://itch.io/jam/scream-machine) for a horror game, I got the initial idea and I wanted to participate immediately! That was a great ride, a new experience for someone who didn't think about writing a game in JavaScript for several years! Unfortunately, only later on I've found that I won't make it on time!

The main reason is that I actually never measured how much time pixel art takes! Let me tell you... It took me 10 minutes to draw a single picture of a woman's face on paper... then, more than 2 hours to do pixel work.

Anyway, I was also a little bit late as I spent three days writing a story and designing it into a text-based game with graphics and realtime interactions... And another day to get rid of the old way of doing JS... which dragged me to rewrite & clean the code to use benefits of ES6 and webpack. The engine is 85% done, locations filled with basic texts, and 11 out of 50 pixeled graphics done.

Unfortunately, playing with image placeholders just doesn't help the story so I don't think it's a good idea to release anything now. I'm continuing the work anyway. Thanks for this jam! It's definitely a great motivator to think about short games, and, well, it helps to learn how long it really takes to make them :D

Now, let's back to pixel work, the Third Messenger awaits...