Swarm 16k is a Real-Time Strategy game for your Commodore 64. The game engine balances a good gameplay experience with pushing the limits of C64 to project and control over 200 units in real-time.

You may find it useful to refer back to this manual as the game unfolds. There are plenty of game mechanics and key controls to get used to.

Each star in a galaxy is a sign of wonder, each grain of stardust is a wonder in itself. And with the League of All Kronosights, you shall own the space. As the commander of Kronosights Research And Conquer department, your aim is to conquer the unknown areas of the Atlasia galaxy.

You have to know more before we start... Kronosights, the earthlings who were banished from the planet Earthia in 31st century, found the space to be their new home. They were expanding through the vast space using resources extracted from asteroids. Only few people remember days - and probably only from the Krono-machinaeteevee-stories - about first Kronosights who discovered chemical elements never seen before in the place from where their families came, the Earthia.

Discovering new resources and exploring new ways of utilizing them sustained Kronosights for centuries... but by entering the Atlasia Galaxy, they met an opponent they didn't know. Kronosights prosperity was no longer a sure thing.

Your goal is to take control over the area which contains up to 8 asteroids, and where you have to fight against the alien race you never met before. The location of asteroids is unknown each time you enter the area: be careful each time you embark on your resource-saving mission.

Hit RETURN on the main screen to start a new game.

On each start of the game, few elements of the game are randomly generated: the position of asteroids, resources available on them and the starting asteroid.

On space area you see your units and asteroids and also enemy objects as long as they are in the range of your radars. Game uses fog of war concept which means that you can only see what's happening at the given location when your ships or asteroids are within its range. Only by exploring space area you can find enemy or neutral asteroids.

When cursor is in "blue" select mode:

- when hitting RETURN over the asteroid you'll enter an asteroid

- with "ESC" key (left arrow) you can cancel select mode

When cursor is in "red" command mode:

- you can select target or destination by hitting RETURN again

- with "ESC" key (left arrow, or ~ in Vice emulator) you can cancel command

N - switch to the next ship unit

1 - 8 keys - when you will discover an asteroid, its location will be assigned to one of eight numeric keys so you can easily switch through them. It works not only on the space area screen, but also you can switch between asteroids from the asteroid menu

P - pause the game from the space area screen

On the bottom of the screen, teleprompt is located. It displays few useful informations: alerts when enemy is approaching, notifications that the amount of resources on the asteroid has changed or a message about the discovery of a new asteroid and the key number under which the location of asteroid has been assigned. Teleprompt is disabled when you're in the asteroid menu. But don't worry. When you'll exit, you can read all messages which haven't been displayed yet.

1 - 8 keys - switch between other asteroids you own

Here you can manage to warp new ships from the League Of All Kronosights. Gate will open in surroundings of the asteroid by choosing "warp" option. You can select from Kronosus and Daedalus which is twice more powerful than the first one. Thanks to the recent improvements, our warps are almost instant. However, gate cannot be opened if space around the asteroid is taken by another ship. Please keep a centre of any asteroid clear.

By entering mines menu, you can build a mine for one of the following resources:

During the game, amount of resources can increase when new source was found or this amount can decrease when some mines are depleted. You will be informed about it via teleprompt.

You don't have to care about collecting and selling the resources from mines. They are automatically warped to the League Of All Kronosights and credits are received back immediately thanks to Intergalaktika Transfers Co.

You can build a magnetic shield to protect your asteroid from being taken by the enemy. If shield is present, enemy has to destroy the shield first to conquer an asteroid. You can repair your shield if its condition is lower than 100% by enabling repair mode but be careful as it's quite expensive. Once the shield is repaired fully, repair mode is switched off.

- Your units fight automatically when they will discover enemy ships in range. It means, there is no need for you to target individual enemy ships. Just select some units and move them around the place you want to guard or attack.

- You have to know that when your ships formation is attacking, their zzap lasers are synchronised. It means that the fire is concentrated on a single enemy unit. This is the fastest way to eliminate enemies and our strategists from Kronosights Research And Conquer department are constantly improving this system. Zzap-sync is called, but before it figured under a different name, Sync-zzap.

- You can easily select more than one unit at the time, well, you can select 100 units on a single screen and move them to another location. By holding RETURN key and moving cursor in any direction (WASD keys), box area will be stretched. This way it's also easier to select a ship when it's in motion.

- From version 1.1.0, radar map view is displayed in the right bottom corner. It shows your units and asteroids (cyan colour) and discovered enemy asteroids and visible enemy units. The blinking dot indicates currently visible location.  It was only possible to squeeze this map in 16k thanks to optimisation of stars rendering and memory location shuffling!

- Be aware that mines can deplete but also new resources can be found during the game.

- Based on the resources available, we classified asteroids into three groups: Low, Medium and High class. As a piece of advice, take care of your most valuable asteroids first. And remember, enemy does not expose his High class asteroids. Well, our strategists are not sure if it's clever to do so but it's opinionated.

- Enemy is really aggressive and expansive, our commanders recommend to build few space crafts on the beginning so you can protect the asteroid and start building mines to expand your space fleet and conquer another asteroids

- As your asteroid can be easily captured by enemy when doesn't have a shield, a recommended strategy is to block an access by setting up every space craft individually around your asteroid

- This is all for now. More you'll discover, more fun you'll have!

- Ability to select at once (within stretchy box) and control up to 100 ship units at the same time thus name of the game! Enemy opponent controls another 100 ship units in real time

-  In the worst case for all 200 ship units, operation update cycle can take up to 2 seconds, but on the average this time is half a second

- Switching between two music tracks based on the situation: peaceful track and battle track alarming about space battles

Enjoy the game! Feedback is more than welcome! It was hard to fit this game in 16k using Exomizer2 packer so few more features and ideas are not present in the game as planned, but this version is still fully playable :). Let me know if you're interested to see the full version of this game, with campaigns, difficulty range, variety of units and the whole universe to conquer.

Thanks to https://lvllvl.com/c64/ for the embedded Commodore 64 JS emulator! 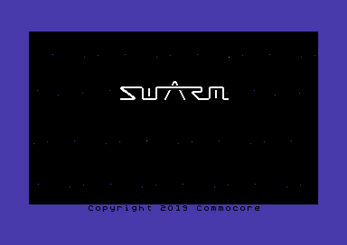 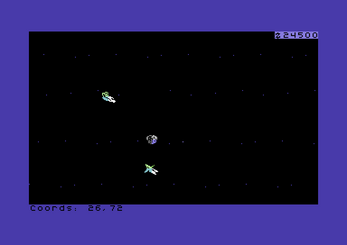 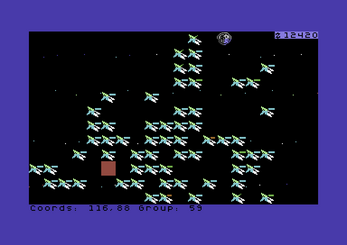 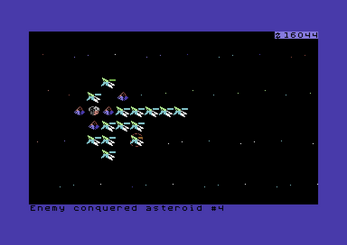 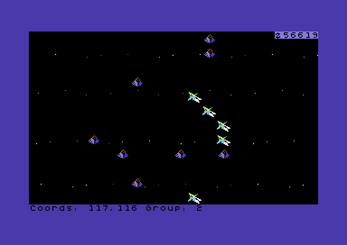 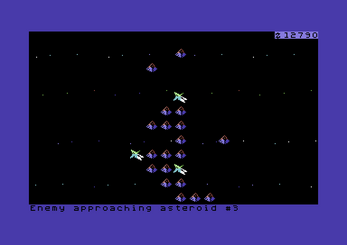 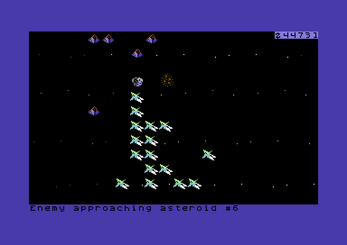 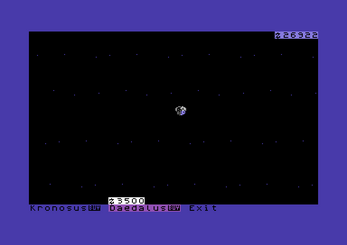 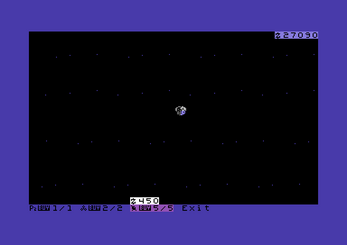